El Gordo, or Spanish Christmas Lottery, is the most famous and the biggest lottery in the world. With its prize pool bigger than 2,31 billion Euros it rightfully holds the first place in the world when it comes to total prize payout. But, El Gordo is much more than its great prizes, it’s an experience.

Throughout history, El Gordo has gotten bigger and bigger fast, and it has Spanish families to thank for. EL Gordo lottery history started way back in 1812., which also makes it the second longest running in the world. There are 165 million pre-printed tickets available (they are called décimos, which means tenths in English) which have five-digit numbers from 00000 to 99999. Since in that way there would be only 100,000 tickets, there also “series”, which are added to the basic five-number, so that each number can be printed many times, each time with a different “serie” that goes up as high as the demand. In 2015. 180 series were printed, which meant 18,000,000 tickets were in play. Each ticket costs 200 Euros, which is a lot of money for most people, so they are perforated and can be divided in ten (the mentioned decimos, which then cost 20 Euros, and are the most popular ticket unit). Therefore, each tenth of the ticket is worth the tenth amount of the prize that particular ticket wins. 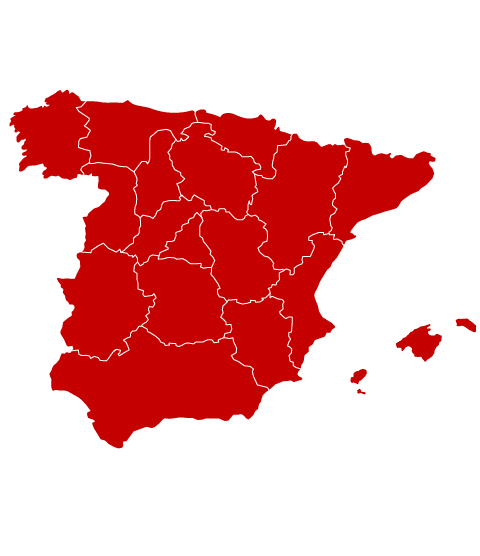 People also participate through all sorts of unions (workplaces, families, sport teams) buying only a “share” which is then only a part of a decimo. It is well known that often charities play El Gordo in which case people make donations to be given a fraction of a ticket in return. Since people often join in in buying the same ticket, it’s not uncommon to have a whole village full of winners.

The draw takes place on December 22nd and is as epic as the lottery itself. It is held in a school in Madrid where numbers are drawn from two big globes: a smaller one containing the name of the prize and the bigger one containing the ticket number. Both are drawn at the same time and sung out loud by school children.

You should also know that chances of winning El Gordo are crazy good, also one of the reasons for its popularity. The odds of winning the big jackpot are 1:100 000 while more than 10 percent of all tickets win higher prizes. So, it’s not strange there’s a saying that all prizes are well distributed around Spain. And if you play with us, that could be world they’re talking about.

You don’t have to wait all year to participate in the biggest Spanish lottery. There is also one more game under the El Gordo umbrella, called El Gordo de la Primitiva. It is almost as popular as the El Gordo itself, but the draw takes place every Saturday. To win prizes players must match five numbers from 1 to 54 and one more number from 0 to 9 (key number) correctly. To raise their chances of winning, players can choose up to eleven numbers from the first pool of numbers (raising the number for possible bet combinations to 462 for maximum of 11 numbers). The biggest prize, 5+1 winning numbers, starts at five million Euros, and there is a total of eight prize categories (5+1,5+0, 4+1, 4+0, 3+1, 3+0, 2+1 and 2+0). If you only guess the key number right, you will be refunded for the basic price of the ticket, €1.50.

This website uses cookies to improve your experience while you navigate through the website. Out of these, the cookies that are categorized as necessary are stored on your browser as they are essential for the working of basic functionalities of the website. We also use third-party cookies that help us analyze and understand how you use this website. These cookies will be stored in your browser only with your consent. You also have the option to opt-out of these cookies. But opting out of some of these cookies may affect your browsing experience.
Necessary Always Enabled
Necessary cookies are absolutely essential for the website to function properly. This category only includes cookies that ensures basic functionalities and security features of the website. These cookies do not store any personal information.
Non-necessary
Any cookies that may not be particularly necessary for the website to function and is used specifically to collect user personal data via analytics, ads, other embedded contents are termed as non-necessary cookies. It is mandatory to procure user consent prior to running these cookies on your website.
SAVE & ACCEPT
EN
EN ES